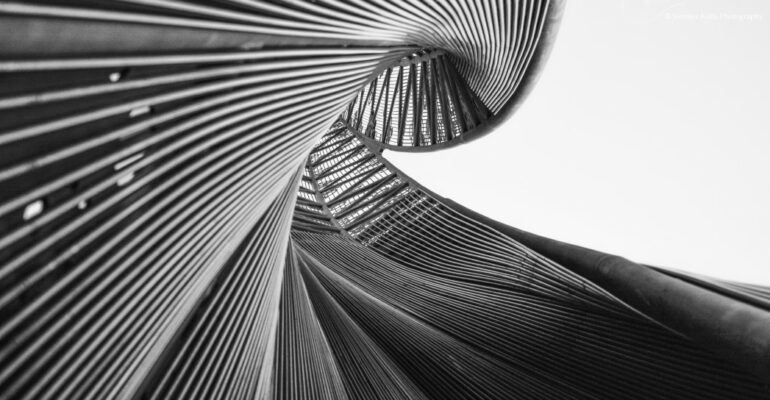 Thanks to the ingenuity of people such as Thomas Edison, the Wright Brothers, George Washington Carver, Beulah Louise Henry and countless, less well-known others, Americans have contributed some of the greatest, life and game-changing inventions to our nation and to the world.

We now need to ask ourselves if we can continue to rave about American creativity, ingenuity, and exceptionalism when the prevailing reality simply does not support or justify our never-ending “chest-thumping!”

Sadly, our amazing track record has been severely interrupted by a broken patent system that makes it virtually impossible for individual inventors – the tinkerers working in their basements, attics, and garages, to obtain and retain their patents against, in and out of court, heavy-handed, tactics funded by corporations, with legal teams…at the ready, and with super deep pockets, desperate to avoid paying up when they are clearly infringing.

Between 1868 and 1933, Thomas Edison was granted 1,093 U.S. patents1. Today, as an individual, not as the Edison Lamp Works, he would have to somehow find a way to shell out thousands of dollars to get a single patent approved… only to have to fight even more costly legal battles to hold on to it. 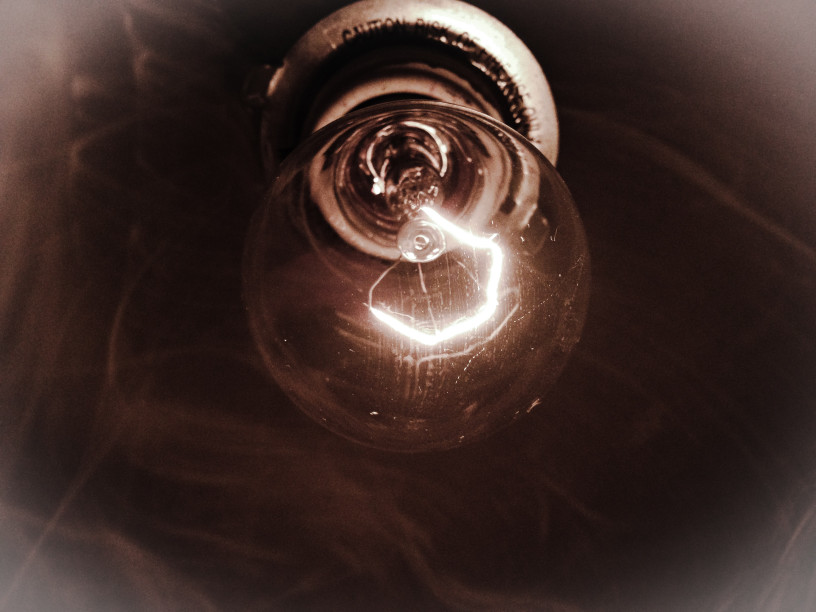 The increasingly hostile environment for solo inventors has all but invalidated our claim as the world’s leading innovator. The warning signs must be addressed before our inventors become as obsolete as Eli Whitney’s cotton gin.

Individual inventors received just 6 percent of the patents that the U.S. Patent and Trademark Office issued in 2017. That figure was 12 percent in 2002 — and 22 percent in 1980.

Corporations, by contrast, were granted 93 percent of the patents in 2017 (the remaining 1 percent went to government agencies led by the Defense Advanced Research Projects Agency (DARPA) and the U.S. Navy). The number of corporate patents granted was 75 percent in 1980.

Finding more recent data has become challenging because of changes in the USPTO’s data tracking protocols. However, there is no evidence that there has been a slowdown in the increasing dominance of corporately sponsored patent applications. The U.S. Chamber of Commerce2 pinpointed the problem in a startling report several years ago that received very little attention. The chamber’s Global Innovation Policy Center ranks the world’s 50 largest economies on their climate for intellectual property and how well IP rights are protected

From 2012, when the first rankings were released, to 2016, the U.S. received the highest overall score and ranked first or near first in each of six other categories. However, in 2017, the U.S. fell to 10th place in the category that rates the strength of a country’s patent system. In 2018, our ranking dropped to 12th – tied with Italy, and behind Singapore (first),  France, Germany, Ireland, Japan, Netherlands, South Korea, Spain, Sweden, Switzerland, and the UK.

The main issue, the Center identified, was the U.S. “patent opposition system” – that is, the procedure through which a patent can be challenged. The U.S. system imposes “a great deal of cost and lack of predictability for patent owners,” the Center found. “It is clear that innovators face significant uncertainty about the process and outcomes, leading to additional litigation, costs, and risks.”

In the patents subcategory that rated patent-opposition systems, the U.S. ranked 19th out of 50. That put the United States behind Kenya, Poland and Saudi Arabia and tied with Brazil, Mexico, the Philippines, Russia, and Turkey. The U.S. patent-opposition system is worse than Kenya’s, even though Kenya has one of the worst overall intellectual-property climates in the world.

Understanding the U.S. broken patent system requires basic knowledge of patents and the application process. Article I Section 8 references the Patent and Copyright Clause in our Constitution3 empowers Congress “to promote the Progress of Science and useful Arts, by securing for limited Times to Authors and Inventors the exclusive Right to their respective Writings and Discoveries.” The actual patent system dates to the Patent Act of 17934. That statute declared that in order for an invention to be eligible for a patent, it must be a “new and useful process, machine, manufacture, or composition of matter.” That definition has become muddied and muddled over the years.

Patents, under U.S. law, “exclude others from making, using, offering for sale, or selling” a patented invention in the U.S. for a specified period of time – generally 20 years. Patents are clearly a motivator for innovators. The exclusivity they confer encourages inventors to disclose the details of their invention rather than keeping the details secret in an attempt to prevent someone from stealing or copying them. This license to disclose inspires others to develop improvements to a patented item. These improvements then become new-patented inventions that benefit society.

The U.S. Patent and Trademark Office (USPTO) was created in 1836. The process for obtaining a patent faced major criticism during the Depression of 1890 and again from 1929 through 1939,  the years of the Great Depression. The Patent Act of 1952 specified that inventions must be not just “new and useful” to be patent-eligible but must also be “non-obvious.”

Seriously problematic changes were made in 1999 when Congress allowed challenges to patents –   called re-examinations – to be waged in federal court.4 This provision resulted in a deluge of challenges, severely clogging the judicial system.

In 2011, Congress enacted the Leahy-Smith America Invents Act5. The AIA was a well-intentioned effort to expedite patent challenges. It moved them out of the court system and into a new administrative entity – the Patent Trial and Appeal Board (PTAB) within the USPTO.

Silicon Valley tech giants supported the AIA because it gave them a way to counter so-called “patent trolls,” which are entities that buy patents cheaply and make money by filing patent infringement lawsuits against companies that, they contend, have infringed on their patents. ‘America Invents’ has generated a tidal wave of patent challenges by corporations against small inventors. A single patent challenge can cost as much as $300,000. For an inventor, facing multiple challenges, the legal costs can run into the millions. That is an inconsequential sum to a major corporation, but a crushing impediment for an individual inventor. 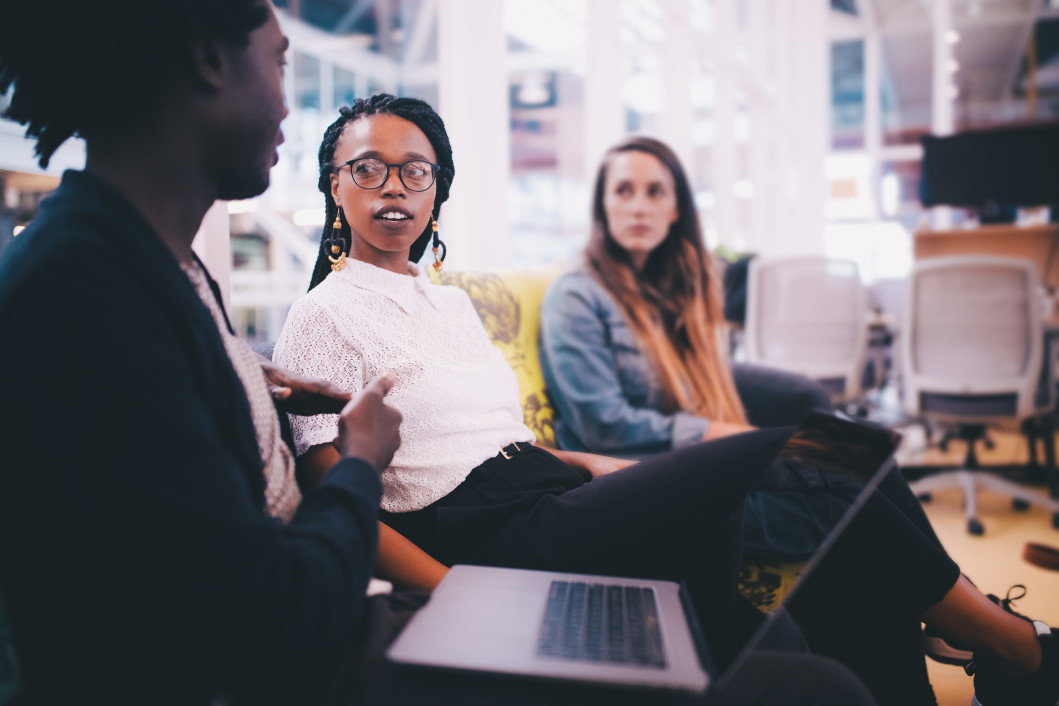 In its 2018 report, The Chamber of Commerce’s Global Innovation Policy Center said that “the ease of challenging patents” in the United States has created a system that “provides a channel for bad faith actors and injects a great deal of cost and uncertainty for patent owners.”

USPTO statistics show this trend: The office now gives just under half of its patents to U.S. entities. In the 1960s, U.S. entities received 83 percent. American individual inventors now account for just 4.6 percent of patents approved by the USPTO.

The solutions to this problem are complicated and nuanced. But one good start is new legislation. The Strong Patents Act6, introduced in 2017 would have limited what its prime sponsor, Sen. Chris Coons, called “…repetitive and harassing challenges against patent owners.” The bill also sought to “ensure that the proceedings [of the Patent Board] are fair to all parties, including solo inventors and small businesses.”

This bill’s goal – empowering individual inventors – had the support of a wide range of groups, from the Innovation Alliance to the Electronic Frontier Foundation. The proposed legislation did not get out of committee in the House of Representatives and died when the 115th Congress adjourned at the end of 2017.

Inventors, working largely on their own, have made the United States the most innovative, dynamic nation in the world. Our amazing innovation engine must be nourished, encouraged, and protected against threats from corporate predators. Now, more than ever, our nation needs to nurture, encourage, motivate, and reward the next generation of Wizards of Menlo Park.

If we don’t, we will have to strike our “Innovation Banners” and come to the realization that even Golden Geese do not lay eggs for nothing. We need support from our countless imaginers, tinkerers, and inventors by urging Senator Coons to try again, and re-introduce the Strong Patents Act legislation to Congress!

Lewis M. Rambo, Ph.D. is an executive coach, consults with and advises Not-for-Profits, young entrepreneurs,  and tech start-ups. He was Dean of an international business school and has taught Corporate Social Responsibility, Ethics, and Organization Behavior to MBA candidates all over the globe. Dr. Rambo presently resides in the Twin Cities.

Navigating Innovation and Growth in a Changing World